Given a singly linked list, return a random node’s value from the linked list. Each node must have the same probability of being chosen.

Since at most 10k calls will be made, the overall time complexity of each random call is expected to be bounded by O(nlogn).

Actually, another implementation is that, we could traverse the list to get the length, and then random generate a number, and then take O(n) step to get the number.

This implementation would take O(1) extra space, and O(n) for traversing and accessing.

What if… just visit each node only once and use O(1) space?

The key is, Each node must have the same probability of being chosen.

So to ensure the same probability, it is not necessary to use the built-in random function.

I found a video on YouTube, explaining this idea in an interesting and great way. 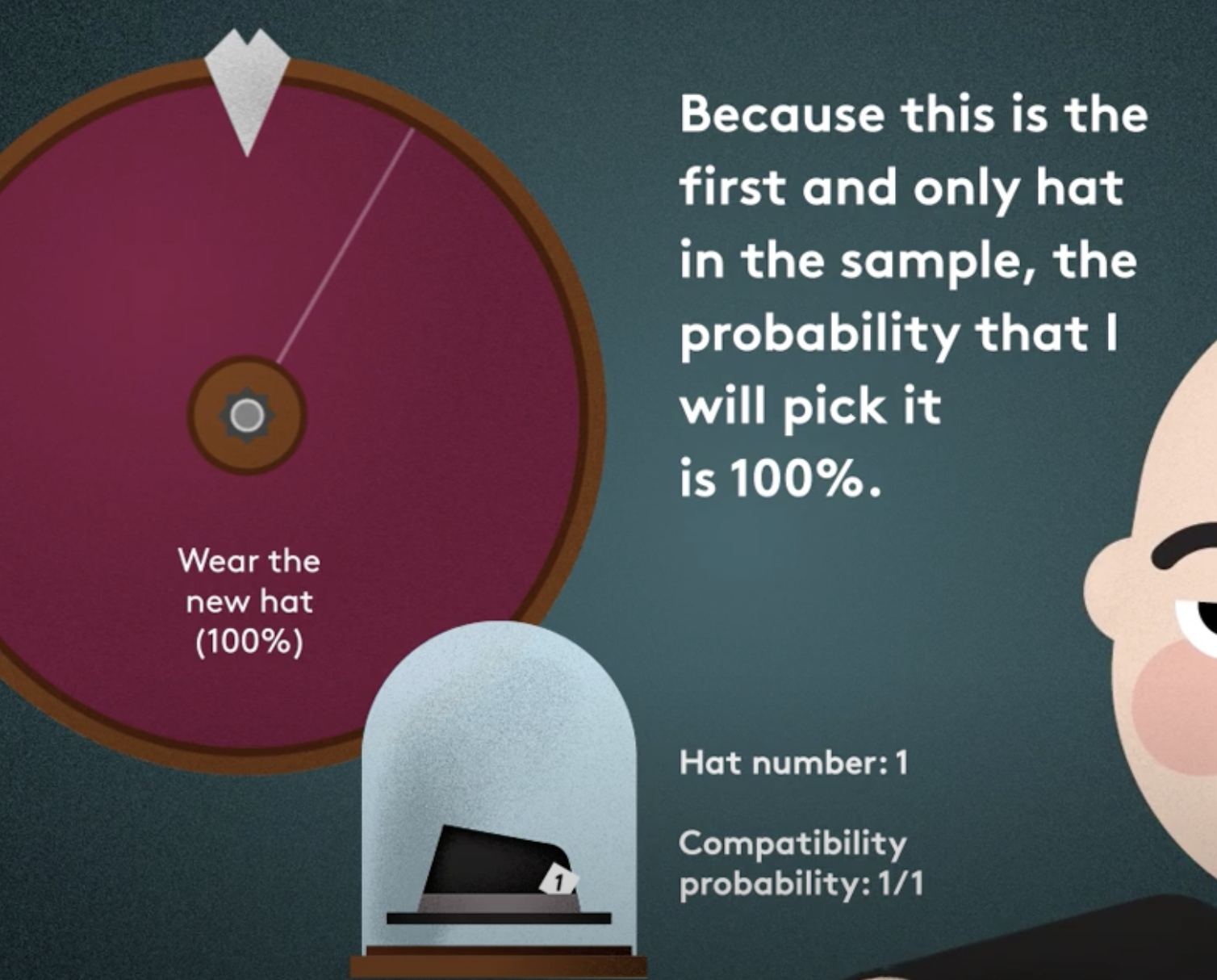 Reservoir sampling doesn’t need to know the length of the list in advance, it’s an online random algorithm.

And this RHS equals to $\frac{1}n$, which means every hat has the same probability of being chosen.

Now let’s implement the Reservoir Sampling into our code, note that we still have to simulate the process of spinning the wheel, using the random function to implement. And it’s generally slower to perform floating point division, use integer instead.